The department for Signal Processing is responsible for the signal and data path between signal generation by the sensors and data evaluation after flight or during calibration. This defines our physical interfaces with other systems as the leads of the sensors, the cabling of the rockets service module and any ground station connectors.

The hardware of the Signal Processing Units

There are two connected signal processing units (SPU) on board. They have identical software and hardware to reduce complexity while also reducing footprint size for the electronics processing the sensors signals by allowing them to be stacked. They share the power supply and three signal lines provided by the rockets service module and can communicate via two UART connections (receiving and transmitting) with each other. A solder jumper will be read by software and defines the mode in which they are operate, which is either master or slave. The master-mode SPU is going to be directly connected to the RXSM (REXUS Service Module) and therefore serves the telemetry.

In total twelve stacked biaxial strain gauge rosettes, whose resitance change according to the loads the module encounters, are measured using 16-bit 2000 SPS (Samples per Second) Analog-Digital-Converters (ADCs) connected via a half bridge setup. The same ADCs are used in a different configuration to quantify the temperature at every measurement point. It is imperative, that all ADCs for the strain gauges sample at the same time. We achive that by issuing a sync command on the shared SPI-bus of all straing gauge ADCs at the start. They then continuously sample the differential voltages of the the wheatstone bridge and are being read out be the microcontroller, an STM32. 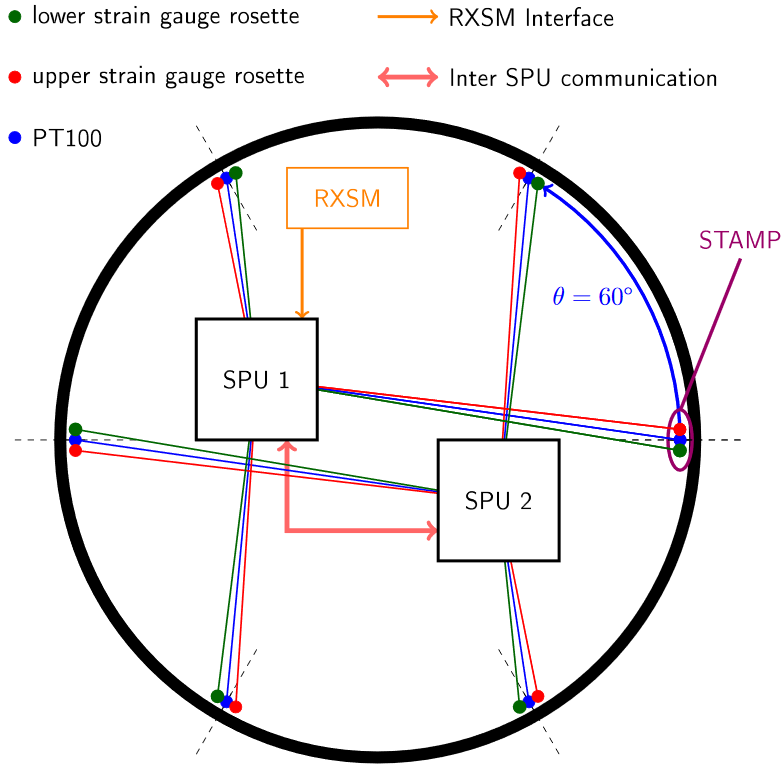 Setup of the components for signal generation and processing in the HERMESS module. 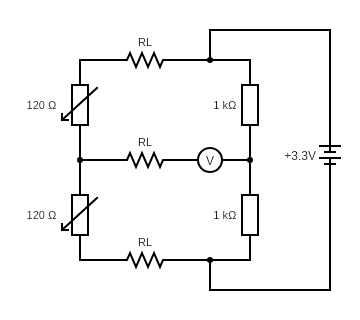 Schematics of the wheatstone measurement bridge.

The SPU contains two 128MB NOR-flash memory units. They are accessed separately by two different SPI-interfaces of the microcontroller. With this a higher access speed and an improved seperation between metadata and measuring data in the data structure can be achieved.

The casing of the SPU consists of three main parts, which are being assembled vertically with a signal processing unit between each two parts. The SPUs outer borders, which are in contact with the casing parts, are conductive across the top and bottom layer and therefore allow for a single potential of the entire casing. Therefore the casing not only provides a mechanically robust fixture of the electronics in the HERMESS module, but also a protection against electromagnetic influences.

Check out our github repository for the hardware design. 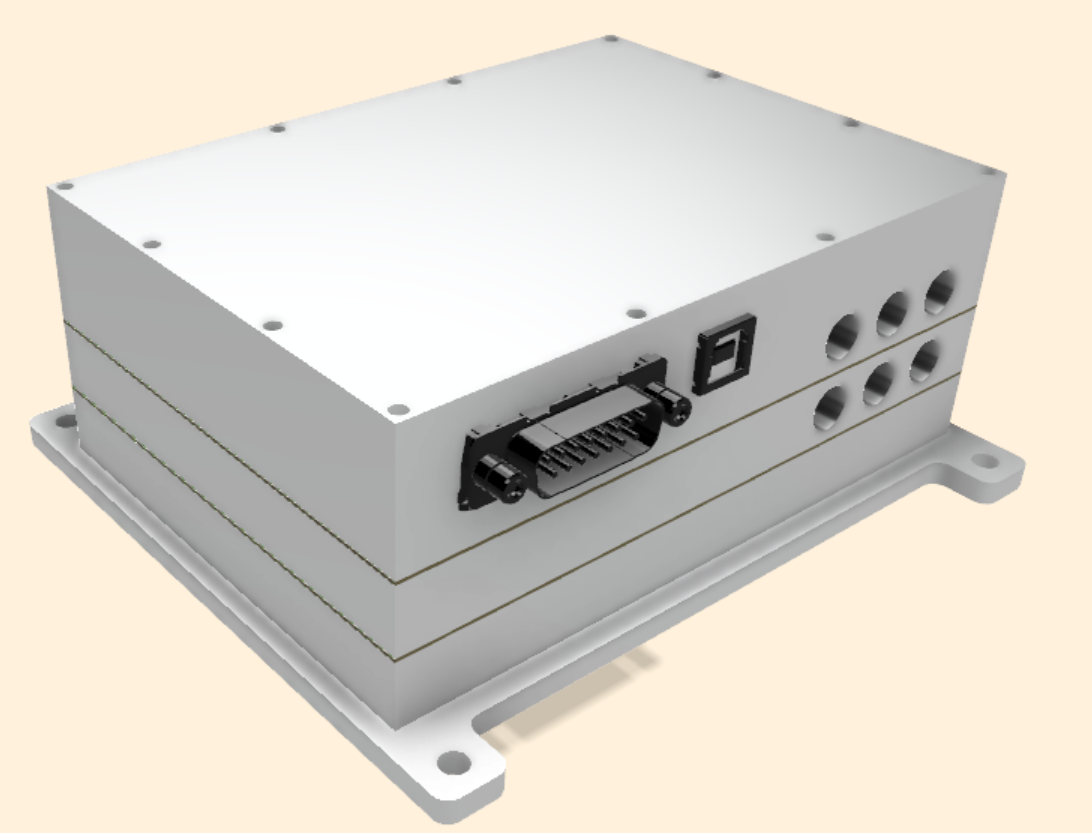 Casing of the signal processing unit. 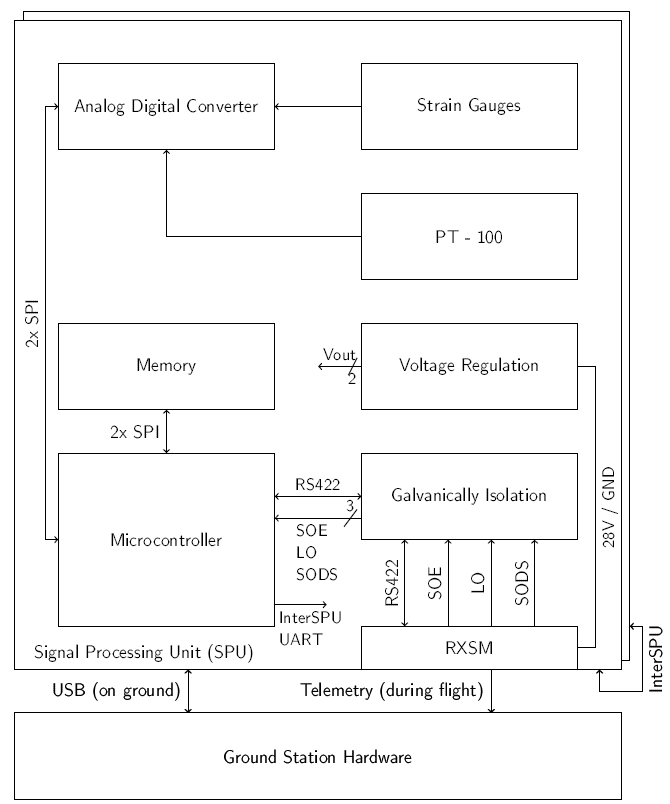 Because the two signal processing units (SPUs) contain a microcontroller responsible for acquiring, storing and forwarding the measurements, a costum software, developed for both SPUs, is needed to fulfill these tasks. The Microcontroller, an STM32, represents the most crucial actor for this system. C++ is used to program the devices and the source code is publicly available on github. The controllers are run without an operating system and follow a deterministic sequence.

Telemetry covers the communication with our ground station via the provided communication link. In order to be able to send a higher measurement resolution with a fixed data rate, only one of the two SPUs send their data to the ground station, leading to only three evenly spaced measuring points being transmitted. This use case includes compression of the measurements and error handling for a later error correction and recognition. 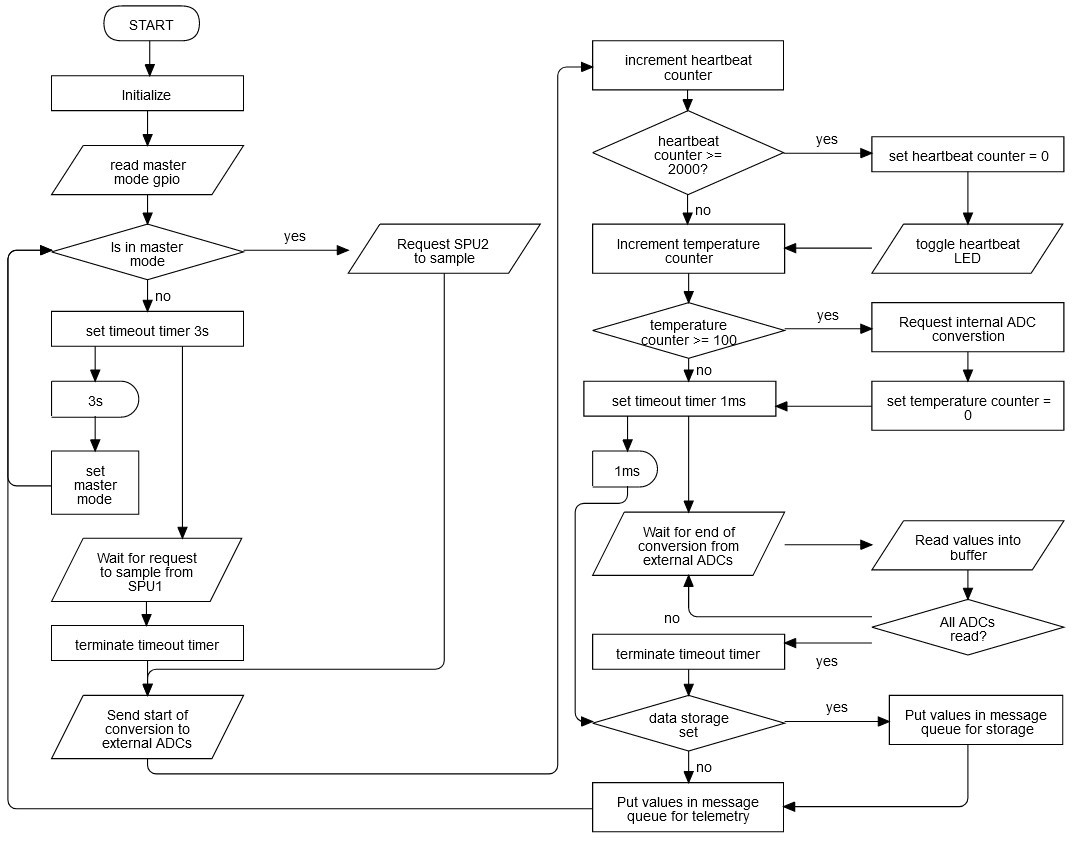